Even after the worst storms... the sun will shine again.
The first step towards getting somewhere is to decide that you are not going to stay where you are.
Don’t give others the power to choose for you, trust the truth in your heart to be your guide.
There are far better things ahead than any we leave behind.
- C S Lewis
the inner shine clinic

Only one person can change
your life:

Ask yourself if what you are doing today is getting you closer to where you want to be tomorrow.
How would you feel if you weren’t afraid?
“Connection is the energy that is created between people when they feel seen, heard and valued; when they can give and receive without judgement.” – Brené Brown
What’s stopping you?

PANS/PANDAS Awareness. My personal journey with this debilitating condition. 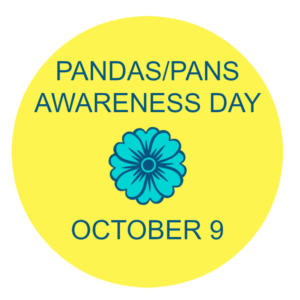 It’s crazy to think that just over a year ago I’d never even heard of this condition and now I research and speak to experts in this field almost every day because this condition is destroying my little boy’s brain and tearing my family apart.

Today’s post is personal because I want people to understand this condition and to become aware of the crisis families with PANS/PANDAS children experience. It may also help others to identify the symptoms of this little known, hugely misunderstood but extremely debilitating condition.

Although caused by a medical or environmental condition (strep, mycoplasma, bio toxins, mould, Bartonella etc.) I’m including this in Mental Health Awareness Month because understanding PANS & PANDAS is understanding the interplay of immune system and mental health.

This is the first time I’ve shared this personal story but it’s time to come out of the shadows. In March of last year my rambunctious, high energy but largely neuro-typical 4 year old son, suddenly changed – I mean literally overnight. At first we though he was just displaying some behavioural issues but over the year, his symptoms and presentation just got more and more disturbing and concerning.

All of a sudden he had insomnia like he was being driven by a motor sometimes until 3am after always sleeping 7pm-7am.

It was terrifying for all of us but especially terrifying as a mother because I became scared of my own son, didn’t like who he’d become and was basically just trying to keep him and myself alive.

He was due to be starting school this year and yet here we were imprisoned in our own home with a child who had basically become “possessed” and gone crazy overnight.

My clever little boy went from recognising his numbers and letters to not being able to hold a pencil, count to 20, or remember the names of our friends. He stopped being able to put on his own clothes or hear “no” without tearing the house apart – he would hit me and tell me he hated me.

Doctors told me he was autistic, had ADHD, was oppositional, maybe even had schizophrenia – none of this helped because they didn’t understand how and who he was before.

People started to distance themselves from us and other children were scared of my otherwise happy, popular little boy. Certain teachers were the worst and the judgment and lack of care broke my heart.

Then luckily we came across an amazing paediatrician here in Sydney called @drleilamasson and suddenly my mother’s instincts were heard and I felt less alone. We had a diagnosis – PANS.

We started down a path of working with a team medical and psychiatric specialists – neurologists, integrative paediatricians, chiropractors, energy healers, kinesiologists, psychologists and OT’s. I consciously chose to only expose him to people who saw him (the true essence of who he is) as beautiful, whole and healing. A brain map scan showed that his brain was literally on fire with inflammation and he tested positive for Strep, mycoplasma, mould illness and a bacteria eating at his brain called Bartonella.

Unfortunately most children with PANS/PANDAS are misdiagnosed as having psychiatric illness, behaviour problems or parenting/family dynamic concerns. Many go through a number of psychiatric medications and therapies with minimal improvement, and sadly many get progressively worse. My son has had many major relapses but now 18 months on we are starting to see some improvements as we strengthen his immune system, heal his gut microbiome and detox from mould and Bartonella.

It’s been a highly stressful, lonely, heartbreaking and expensive journey. And for the friends that have remained I’m forever grateful. It’s hard to watch his old friends struggle to understand what’s happened to their old buddy and it’s hard to pick up the phone to call a friend when you are afraid you are falling apart. Thank you for reading this post to the end and if you know of someone with a child with PANS just know that when we say, PANS is hard, we mean it is really really really hard. Trust that we need your kindness, support and encouragement more than ever.

For more information on PANS/PANDAS you can visit http://pandasnetwork.org/